Vacqueyras is steeped in history, with artefacts and remains dating back to prehistoric and Gallo-Roman times having been excavated around it. A small village built atop a hill, it is close to Mont Ventoux, at the foot of the Dentelles de Montmirail (a pre-alpine mountainous range), and is at the centre of the tourist triangle formed by Carpentras, Orange and Vaison-la-Romaine. The village is built in a circle around its church. Its narrow winding streets lead to the fortified walls surrounding the castle of the Vassadels, who used to be the lords of the area, and to the church and its elegant Provençal-style steeple which stretches upwards from the top of a watchtower dating back to the 12th century.

Famous for its wines of appellation d'origine contrôlée (AOC) Côtes du Rhône, Vacqueyras produces one of the three main crus of the Vaucluse, with its vineyards stretching to the very foot of the Dentelles de Montmirail. The red wines, which account for most of the production, are crafted from Grenache, Syrah and Mourvèdre grapes. There are also, however, a number of white wines and rosés which benefit from the Appellation.

What to see, what to visit: a guided tour of the village, viewing visits and circuits taking in the vineyards; the wine cellars; the Dentelles de Montmirail; the chapel Notre-Dame de Pitié (seventeenth century).
Recommended activities: fishing, walks, horse rides. Numerous walking circuits and trails leading through the Dentelles de Montmirail leave from here. Rock climbing sites are located some four kilometres away. 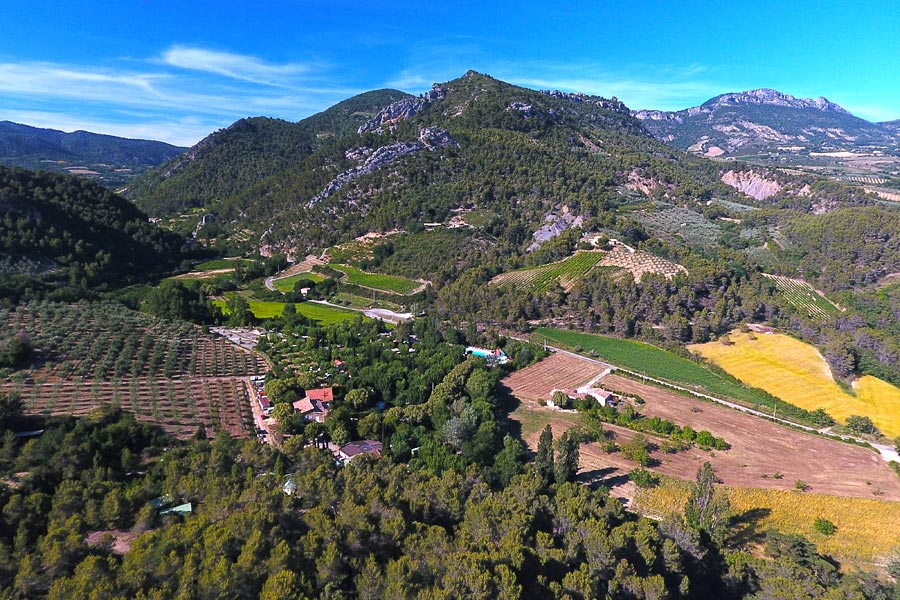