A village surrounded by prairies and beautiful olive tree groves, shielded from the wind, Buis-les-Baronnies provides a very pleasant Mediterranean micro-climate. Located in the heart of the Drôme Provençale, on the right bank of the river Ouvèze and at the foot of the rock of Saint-Julien. The Mont Ventoux is visible in the distance. Buis-les-Baronnies is very renowned as a favourite destination for rock climbers (there are routes in the Gorges d'Ubrieux and on the rock Saint-Julien, as well as a rock climbing school…)

What to see, what to visit: The market place, with its beautiful façades, roofs and gothic arcades from the 15th century; the ancient Dominican convent, founded in 1294 by Raymond the fifth of Mévouillon, which ushered in a era of the Dominicans educating the town's youth; listed Renaissance door in the centre of town; 16th and 17th century Place des Arcades; a dike from 1776 and a 19th century esplanade; plane trees planted to commemorate the birth of the King of Rome (1811); picturesque streets, with 18th century townhouses with typical brass doorknobs; remains of the ancient ramparts; the tower of Saffre (12th century); chapel of the hermitage of Saint-Trophime (17th century), set on a rocky spur, popular with pilgrims; 19th century fountains; wash house; olive oil mills.
Recommended activities: rock climbing in the Gorges d'Ubrieux and on the rock of Saint-Julien, rock climbing school; walks, excursions, hiking circuits, mountain bike itineraries. 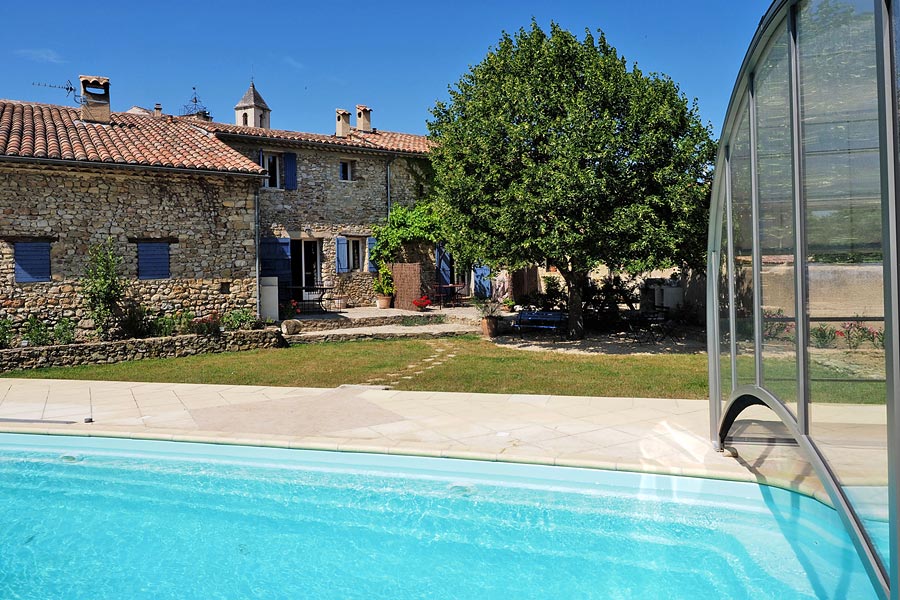